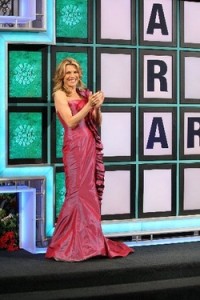 They all sound vaguely familiar and more or less all have the same theme: that of “reconciling” opposed things. Like, “Yes, marriage is indissoluble, and yes, Our Lord said that you can’t get divorced and that a person who does that and gets “married” again is actually committing adultery, and yes, there’s that whole ‘eating and drinking their own condemnation’ stuff, but I think we can turn that frown upside down. No can be made to mean yes. All it will take is us not saying the words out loud…”

We’re all pretty familiar with it by now, right?

So, the task before our contestants today is simple:

Which of the following prelates attending the Synod said each of the quotes below?

“[These discussions] contains binary elements symbolizing a reconciliation of opposites, emblematic of the willingness to embrace, and even celebrate differences.”

“We hold to the basic premise that undue suffering is bad, and that which reduces suffering is good. We do not believe in symbolic ‘evil.’”

In reaction to critics, “We couldn’t have made this happen without everyone’s cooperation and participation — and for that reason all who attended played a vital role in standing firm in our resolve to reject censorship”

(H/T to Pat Archbold, who refuses to cheer up.)