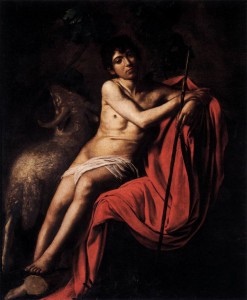 Salty language and content alert! Ann’s talking about ter gays and other perversions, so be prepared. Special Snowflakes, have the smelling salts on hand. HJMW

~ Effeminacy is the vice of softness that is opposed to perseverance. ~

But let’s expand on that so that you can understand what exactly that means.

First two things that effeminacy is NOT:

Effeminacy is NOT femininity. In modern parlance, “effeminate” is often used to mean “feminine”.  This is flatly incorrect.  Femininity, the quality of being female, is a good thing. We know this from the great “Hubba-hubba!” of Adam when he first saw Eve in Genesis 2.  And from any photograph of Lauren Bacall circa 1945.

But femininity is the exclusive asset and domain of females, and men who claim it and manifest it are deluded, mentally ill perverts.  Like Bruce Jenner.  Further, since effeminacy is a vice, it can be manifested by both men and women.

Oh yeah.  Effeminacy in women is just as wrong as in men, the difference being that the sight of effeminacy in men is so much more disturbing that it tends to be magnified in our minds.  It is more disturbing because it is more contrary to masculine nature. The best example in reverse that I can think of is drunkenness.  Which is a more jarring sight: a man that is s___faced drunk, or a woman in that condition?  Drunkenness in a woman is more jarring to see because it is more contrary to her feminine nature, but drunkenness is equally wrong in both men and women.  Also the use of coarse language. (Cough cough, I resemble that remark.)

Effeminacy is also NOT a synonym for faggotry. If we were to draw a Venn Diagram of Effeminate males in a given population compared to sodomitically-oriented males, which for brevity’s sake we will henceforth refer to as “fags”, in that population, first, the effeminate domain circle would be at least 50x larger than the fag circle, because in this post-Christian culture there are way, way, way more effeminate heterosexual (straight) men than dudes who lust after other dudes. (I know you don’t buy this right now, but stay with me.)

Second, we would see that the Fag circle would NOT exist entirely inside the Effeminacy circle.  This is a very important point, especially in terms of history, tyrannical governments, wars and genocides.  It ain’t no coinkydink that the biggest murdering, genociding, evil tyrant bastards in history have been enthusiasts for the butt___ks.

Y’all have read “The Pink Swastika” and know that the core founders of the Nazi Party, including Herr Hitler himself, were all raging sodomites, right? But here is the distinction: they were butch and not effeminate. In fact, the homosexuals that ended up being purged in the Night of the Long Knives or sent to concentration camps were the feminine, swishy, flaming fags.  The Nazis were not “soft”, effeminate men and were thus extremely aggressive and effective at implementing their satanic agenda.  The same could be said for the fags that have been running the islamic political system since day one.  Likewise for the Samurai culture and Sparta. History hath shewn time and time again that the most dangerous fags to civilization on a macro level are the fags that present as masculine and are, in fact, NOT effeminate.

In the next installment, we will discuss what effeminacy is, how St. Thomas Aquinas defines it, what its opposite is, and we will begin to discuss how effeminacy manifests itself in our culture today, both in men and women.