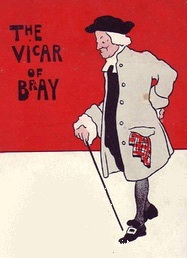 So that we don’t get too insular in our little traddy-waddy bloggy-wog, I thought I would phone up my old theology school chum Rosita. Rosita sat beside me in Eschatology class. If I remember this correctly, she gave apples to all the professors and quoted widely from them in her essays, proving how right they were about everything. She tailored her theological heroes to theirs, too. if it was Monday, she was a Thomist, but if it was Tuesday, Bonaventure was king. If it was Wednesday, she said Hans Küng was awesome, but on Thursday, he was the Antichrist. It got a little wearying, but it was always fun to see the professors blush and look modest.

Dorothy: Hello! Long time no speak! What did you do after graduation anyway?

Rosita: I went to the Rochester School of Ecclesiastical Oratory.

Rosita: Yes, and may I say how beautiful you look in your photo on “What’s Up With the Synod?” Your hair is like golden shafts of spun copper and your eyes like limpid pools of liquid aquamarine.

Rosita: Did you ever, imagine, Dorothy, when you were a little girl in Willowdale, Ontario, that you would ever achieve such amazing heights as to write for “What’s Up With the Synod?”

Rosita: I must say that this is such an honour, SUCH AN HONOUR, to be speaking with you, Dorothy, and appearing on “What’s Up With the Synod”, which is truly the greatest blog in the history of the post-Conciliar Church. When I look at it, I think “Wow, it’s just like being there when Saint Mark wrote his Gospel.”

Rosita (shrieks): Hilary! Oh my goodness me. Hilary White! You know, I’ve often wondered what it was like to be one of the little children at Fatima, and what Our Lady sounded like, and then I heard Hilary addressing tourists in Rome, and I knew: that was Our Lady speaking.

Dorothy: You know, Hilary is pretty crabby in Rome, especially when there are tourists around. She generally shouts something like “Get out of my way!”

Rosita: And with such a spirit of mercy and goodness! (Phone rings.) Oh, I’m so sorry. I have to take this. (Into other phone) What?! Who are you?! Who? Who gave you this number? I’m sorry, I’m extremely busy and you’ll just have to call someone else. (Returns) Dorothy, thank you so much for your magnificent patience.

Dorothy: The reason why I called, Rosita, is to get your take on the Synod.

Rosita: Oh, well, absolutely. Happily, some very generous people, who frankly resemble angels of light, have kept me abreast of all the speeches, and a significant highlight of the discussions has been women’s ordination.

Dorothy: What? I haven’t read anything about that. Do you mean, the deaconess thing?

Rosita: You know, I can really feel the Spirit moving, and the Spirit is telling everyone that women are not just women. They are our mothers, our sisters, our daughters, our neighbours, our cashiers at the supermarket…

Dorothy: Got it. I mean, I never heard you speak openly about women’s ordination during the John Paul II pontificate or the Benedict pontificate. When Saint John Paul II was pope, you were all about pro-life activism, Feminine Genius and universal motherhood, and when Benedict was pope, you were all about the New Evangelization. Actually, you had quite a reputation as a conservative until, when was it? 2013?

Rosita: And what does the number 2013 denote? It’s a number, a sign. It’s a sign of a TIME. And the Synod discussions are also signs of the times. Times change, so the signs change, and the Spirit is moving, you know what I mean?

Dorothy: Not really. No.

Rosita: And I really see Her moving in this pontificate, especially in all the interventions about deaconesses, which is truly THE highlight of the Council–I mean, the Synod.

Dorothy: Rosita, is there something you want to tell us about this deaconess thing?

Rosita: Dorothy, I don’t know why you persist in thinking this is about me.

Dorothy; Well, you know, we ordinary lay people have a bit of a problem, since we aren’t being given direct access to what the bishops are discussing. Those of us who speak English alone have really only a very limited grasp of what is going on. Everything is mediated to us through a very narrow channel, and very few English-speaking participants want to go on record. I mean, the Poles at least have Archbishop Gądecki’s blog…

Rosita: I’m afraid I’ve never heard of that gentleman. But I am sure that he is as interested in deaconesses as all the other bishops at the Coun, the Synod, as it is such a highlight. And a focus. And a movement of the Spirit.

Dorothy: I’m not so sure of that. Do you have anything else to add, Rosita?

Rosita: Only that speaking to you has been the biggest thrill of my humble life, and I almost feel that I have touched the hem of the robe of Saint Catherine of Siena today.

Dorothy: Thanks, Rosita. Over and out.