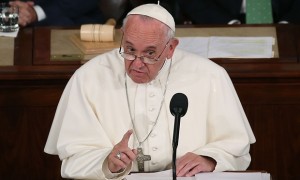 Just trust us. We know what we’re doing.

Pope Francis to Synod Fathers: beware the “hermeneutic of conspiracy”

I wonder how that went down…

To which conspiracy theory is His Holiness referring? Let’s face it there are half a dozen theories doing the rounds.

1. The ever-present whiff, or is that “smoke,” of Freemasonry among ringleaders of the heterodox that seems could be causing such a “bad smell” in the German language group, that they had to move rooms today?

2. The ever-present suspicion and rising stack of evidence of deliberate manipulation, a.k.a “rigging” (H/T Edward Pentin) of the Synod from before its beginning to its prospective end?

3. The glaring conflicts of interest between tearing down the perennial Faith of the Universal Church and satisfying the demands of the exceedingly rich, but “pretty vacant” German Church that requires saying “Goodbye” to Cardinal Kasper and his comrades and, thus, saying “Goodbye” to…

4. …“Team Bergoglio”, described by Austen Ivereigh or the “St. Gallen Mafia,” described by Cardinal Daneels, and the stink of wilful electioneering at the 2013 Conclave that casts an enormous black shadow over the pontificate of Pope Francis.

Are there more? Sure you can handle it?

5. Ah yes, there was this recent salutary remembrance by some bloggers of the sudden decision by the banking institution controlling card payments and cash transactions in Vatican City to “turn the machines back on” (in the words of “Trading Places”) on the very day that Pope Benedict XVI resigned, to the horror of Catholics around the world, who expressed concerns that a papal resignation in the midst of a mini-financial crisis in Rome might not necessarily be an “unforced” one.

Are there more? Well Pope Francis is the gift that keeps on giving… 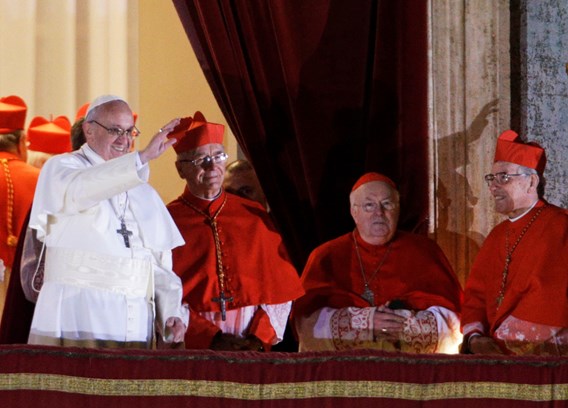 Now, we have The Spectator discussing quite how it is that a man who covered up child sexual abuse in his Diocese in Belgium has so much influence and status at a Synod on the Family. Then there’s the depressing revelation that Pope Francis himself called those protesting at his appointment of a Bishop in Chile of hiding sexual abuse “dumb”.

However, despite this litany, this chorus of bonkers machinations, spooky plots and wily web-weaving, the main objection that must be circling around Rome is that Pope Francis is, quite bizarrely, telling his brother bishops to ignore the nasty “stories” surrounding him, his helpers and this Synod despite seeming to himself completely ignore vocal protestations from the Bishops that they have been called to a “gathering” to “dialogue” only to justifiably feel that their views aren’t really valued, rather their presence appreciated while the “mafia” makes its final touches to the final monologue, in advance,…again!

If Pope Francis’s intervention is basically saying: “I know you’ve heard some funny things about me and my friends these last two years but just trust me, this is all totally kosher…”

…then that is really not impressive.

How on earth did we get to this? Trust can be assumed from the beginning and even won, but can, by a war of nearly constant attrition, be lost as well.

If his brothers are starting to lose trust in His Holiness, then the Pope has only himself to blame.

After all, if the Pope insists on a bizarre courtship with the media involving transgender and gay couple “friends”; while, absolutely incomprehensibly, back-peddling his support for pro-traditional marriage county clerks; while refusing to take a firm position on the key issues up for debate at the Synod; even angling the Synod back to heterodoxy after an orthodox statement by Cardinal Peter Erdo points out a path of fidelity to Christ that could actually PROMOTE the family and marriage, his brother Bishops can be forgiven for a lack of trust. As it happens, so can I.

In order to trust, you have to know someone a little after all and, despite reams of media reportage and hours of Rome Reports and other news outlets coverage, Pope Francis remains the most enigmatic and mysterious of figures in public life, let alone the Church, I have ever seen and heard. The more I see and hear, the more confused I become.

After two years, other than the “Group of Nine,” these bishops and Cardinals simply do not know Pope Francis nor what he really believes. Does even his inner circle understand him?

When a Pope stands up and says “don’t believe the conspiracy theories you’ve heard about me and this Synod,” you know the Church has a huge problem.

To make the Synod on the Family about the Bishops confidence in their earthly captain rather than to urge them to put their trust in the Leader and Captain of the Church, Our Lord Jesus Christ, and His Holy Teachings, is, unfortunately, going to be recorded as another one of those black marks in Church history.

This Synod is not about Pope Francis and, if it is, something has gone terribly wrong in the Church.

Surely, by now, most Bishops will understand that repeating the teachings of Christ to the Church shouldn’t be out of the question, that ‘toning down’ the language of the Church is a self-defeating apology for Christ’s radical call to conversion and that, despite his protestations to the contrary, there’s something about Pope Francis’s methods and manners that, whatever you think, must be for many Bishops, deeply unsettling indeed.

Still, at least he hasn’t publicly insulted them.

It would be a tragic irony if World War 3 broke out while Church War 4 on matters settled by Christ Himself was going on, but then as St John Paul II said, ‘as goes the Church, so goes the world’.