Laurence asks out loud, perhaps for the first time, though I bet not the last: Given that you all are clearly being used to further an anti-Christian agenda, perhaps it’s time to “consider shaking the dust off their feet and leaving the Synod Hall.”

They’re not going to let you vote?

Vote with your feet.

Send a message that this bad pope and his cronies aren’t the whole Church, and that you will not be manipulated to oppose the Faith of Christ. 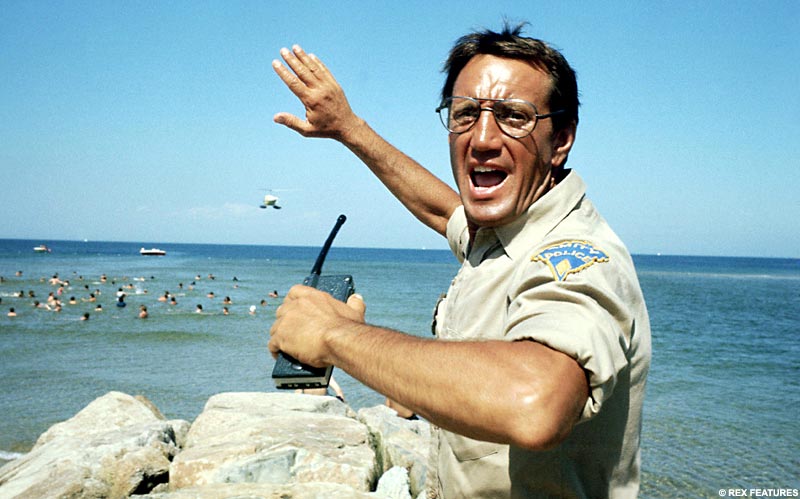 GET OUT OF THE WATER! GET OUT NOW!

There’s a Great White circling at the Synod and it isn’t interested at all in dialogue, but rather in devouring Catholic Teaching via the ruse of “pastoral practice” and, into the bargain, devouring souls.

Cardinals and Bishops present in Rome do not need “lay advisers.” But by now, especially those who signed or supported the Letter to His Holiness Pope Francis (the one asking very politely that the organisers of the Synod on the Family ensure a thorough and free debate to strengthen marriage and the family,) must surely be wondering why they are present at this clearly manipulated event. The manipulation of the Synod is now beyond parody, not that the mainstream press seem at all interested in that.

I address now the Synod Fathers:

Each of you is a Shepherd and we are your flock and we know of it all too well. Lay people cannot simply sit back and watch this travesty and so while I can only say this is my own opinion, there will be some who most assuredly agree:  you are being used. You are the icing on the cake of the revolution.

Cardinals and Bishops: By now you must know that your presence at the Synod on the Family – which has retained, all thanks to the Pope himself, those controversial elements which were voted out of prospective further debate by you and your brothers – has been clearly shown to be nothing but cosmetic.

You are there not because your voice or opinion is welcome – unless of course, you are prepared to renounce that which you are called to uphold – but rather in order to lend legitimacy to the overthrow of Christ’s own teaching by the backdoor.

As far as I see, there is only one way to ensure that the abuse of power at the heart of this Synod “debate,” the thorough rejection of even the most courteous appeals for fundamental aspects of justice. Justice – yes even natural justice – should be second nature to the followers of Christ and yet it seems to be a concept that escapes the organisers of a Synod who are seemingly doing everything within their power to overthrow the pillars of Truth upon which the Church is built.

In light of the fact – the cold, hard fact that is now thoroughly established – that the manipulators of this Synod do not care what you think or what you say, in light of the fact that there is an anti-Christian, pre-determined goal approaching the finale of this Synod to which you are asked to be mere witnesses and in light of the fact that Cardinals and Bishops do not merely represent themselves at the Synod, but their own dioceses and flocks, is it not now time that Cardinals and Bishops who oppose any alteration in the disciplines of the Bride of Christ with regard to who may receive Holy Communion – the very Body and Blood of Our Lord Jesus Christ – consider shaking the dust off their feet and leaving the Synod Hall.

One begins to wonder at what point it does not become less a temptation to leave the Synod Hall and thus make it clear that you will not lend your credibility and authority as a Successor of the Apostles to this unmitigated farce, but more a moral option of a last resort that will make your message clear both to the Church and to the World.

It’s only an idea, and I’m only a layman, but at what point does resistance to this nefarious agenda, being imposed from above, become opposition that resists the bullying and manipulation that goes along with that agenda?

What options are left to demonstrate that you are faithful to Christ and to the Faithful flock?