When ‘faithful Catholics’ use filthy, condemnatory language, you will be blocked! Visit other sites that use such tactics & go to confession

“And then will I profess unto them, I never knew you: depart from me, you that work iniquity.”

“O generation of vipers, how can you speak good things, whereas you are evil? for out of the abundance of the heart the mouth speaketh.”

“But because thou art lukewarm, and neither cold, not hot, I will begin to vomit thee out of my mouth.”

“If any one lie with a man as with a woman, both have committed an abomination.”

“Hypocrites; because you are like to whited sepulchres, which outwardly appear to men beautiful, but within are full of dead men’s bones, and of all filthiness.”

“As Sodom and Gomorrha and the neighbouring cities, in like manner, having given themselves to fornication and going after other flesh, were made an example, suffering the punishment of eternal fire.” 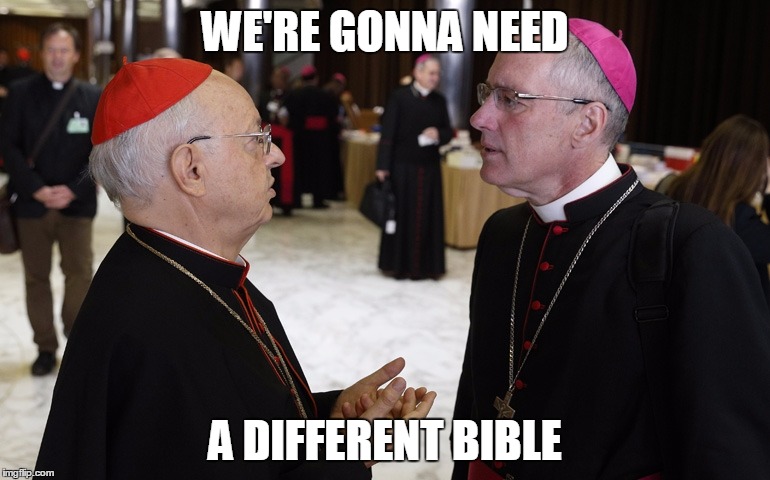