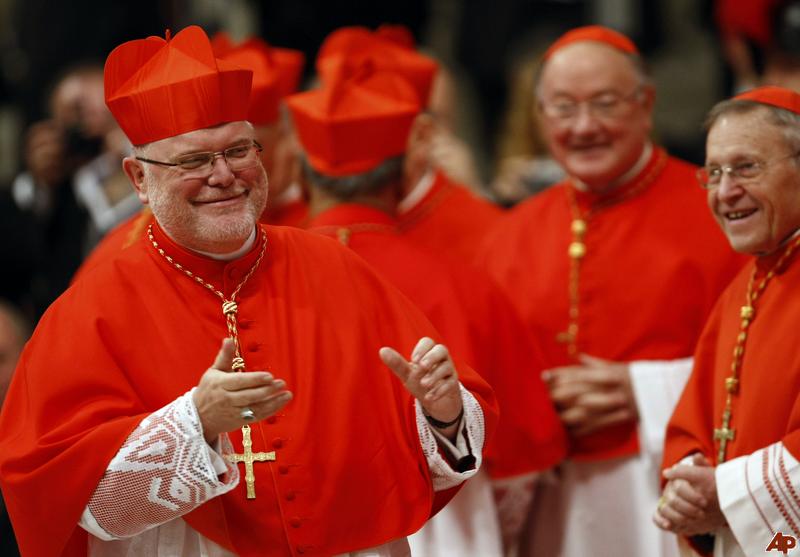 “Why yes, I did have raw canary for lunch, why do you ask?”

I went outside today. Turns out there’s this whole big thing out there. Trees, bugs, flowers, grass… this whole big “fresh air” thing I hear people talking about… so I thought I’d go check it out.

And, of course, while I was out communing with nature, on the day it counted – when Holy Communion for the divorced and remarried came up – it just happened to be Cardinal Marx at the press briefing. Curiously, there was no Synod Father at the briefing who defended the position of the majority of the Fathers…

Now, Deacon Nick Donnelly and others are all cheering and whooping because the English language report was all “we like the faith” and the Germans used careful language. Now I’m seeing on FB and other places, “We WON!! WHEEEEEE!”

I have quite a lot to say about this, but don’t feel like doing it right now, and there are other posts waiting to be edited and posted. But I will tell you that having the “good guys” win the Synod first doesn’t mean squat, and second, would be a very, very bad thing for the Church.

I’ll just leave you with another Cardinal Marx quote that we might remember:

“Thank God we have the pope. We bishops do not have to decide. Church unity is not in danger. And once the pope has decided, we will abide by his decision.”

And while I’m off doing other things, I want you all to think carefully about the following: