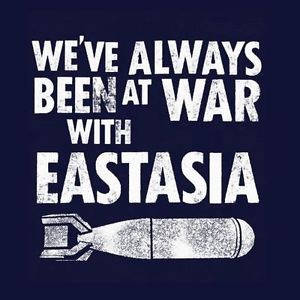 “They have always formed a part of Catholic moral theology…”

Steve writes that the people who are still desperately trying to spin Francis and his pontificate as “fine, just fine,” are not our friends. They are, in fact, the mortal enemies of our souls and the souls of everyone we love.

“…To sum up: yes, he really did say what you think he said. But it’s apparently okay, because hey: he’s the pope!

“I also told you that Catholic apologists would attempt to spin this as perfectly fine. I told you that when they did this, they would be lying to you. This isn’t, of course, just a white lie, like the parent who tells his children that things are fine in a moment of danger or financial crisis in order to assuage fears over circumstances outside the child’s control.

_“No, saying that things are fine in this circumstance is, in my opinion, a malicious lie, because it is one that will do irreparable damage to souls.

“Get this through your heads, Catholic apologists. Your dissimulation on this issue is nauseating, and we’re way past playing footsie with the truth, or writing posts full of mental reservation. We just had the bishops of one of the most Catholic (by percentage of population) nations on earth give essentially a blanket opening to their faithful using contraception because of something the pope said on a plane.”

This isn’t kid’s stuff, folks. This is the pope, the Vicar of Christ, lying about/misrepresenting the moral law, the teaching of Christ Himself, and leading millions – billions – into mortal sin and everlasting perdition.

This is why we’re moving forward. And why it’s no more Mrs. Nicetrad.