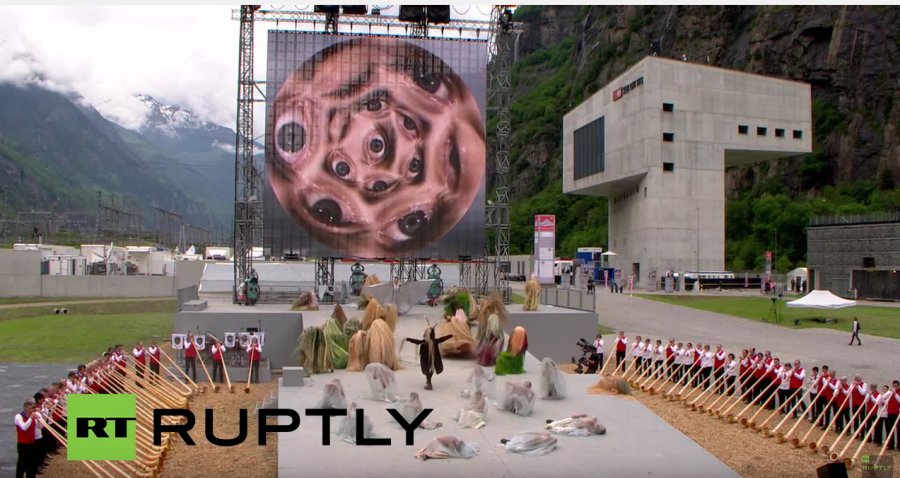 “Yes,” said the Dwarf. “And this fool of an Ape, who didn’t believe in Tash, will get more than he bargained for! He called for Tash: Tash has come.”

“North into the heart of Narnia,” said Tirian. “It has come to dwell among us. They have called it and it has come.”

“Ho, ho, ho!” chuckled the Dwarf, rubbing his hairy hands together. “It will be a surprise for the Ape. People shouldn’t call for demons unless they really mean what they say.”

A short time ago, I had the pleasure of writing an article about the extraordinary achievement of a new rail tunnel under the Swiss Alps. The Gotthard Base Tunnel is one of the engineering marvels of the world. It is a gradient-free tunnel, 37 km long – longest tunnel in the world – and covered by over a mile of solid rock. It links Milan and Zurich, taking 2.5 hours off the previous time (by avoiding all that up-ness) and will have the huge benefit of allowing smaller trains with fewer engines to pull freight and passengers along its perfectly flat and almost straight length.

It will allow nearly all the freight to be transferred from the trucks that had formerly hauled all the goods of the south up and over and through those picturesque little Swiss villages we all love so much. Now the freight, which represents an enormous percentage of the goods shipped in Europe, will go straight through the mountains on trains. No more trucks. No more increased road hazards for the truckers and the passenger vehicles. No more add-on transport costs.

The tunnel was approved by a referendum in Switzerland in the ’90s and cost about 12 billion. It’s going to be only the start of a whole network of rail link tunnels under the Alps.

So, how did the Swiss choose to inaugurate this extraordinary achievement?

Why, by dedicating it to Stan of course. What else? 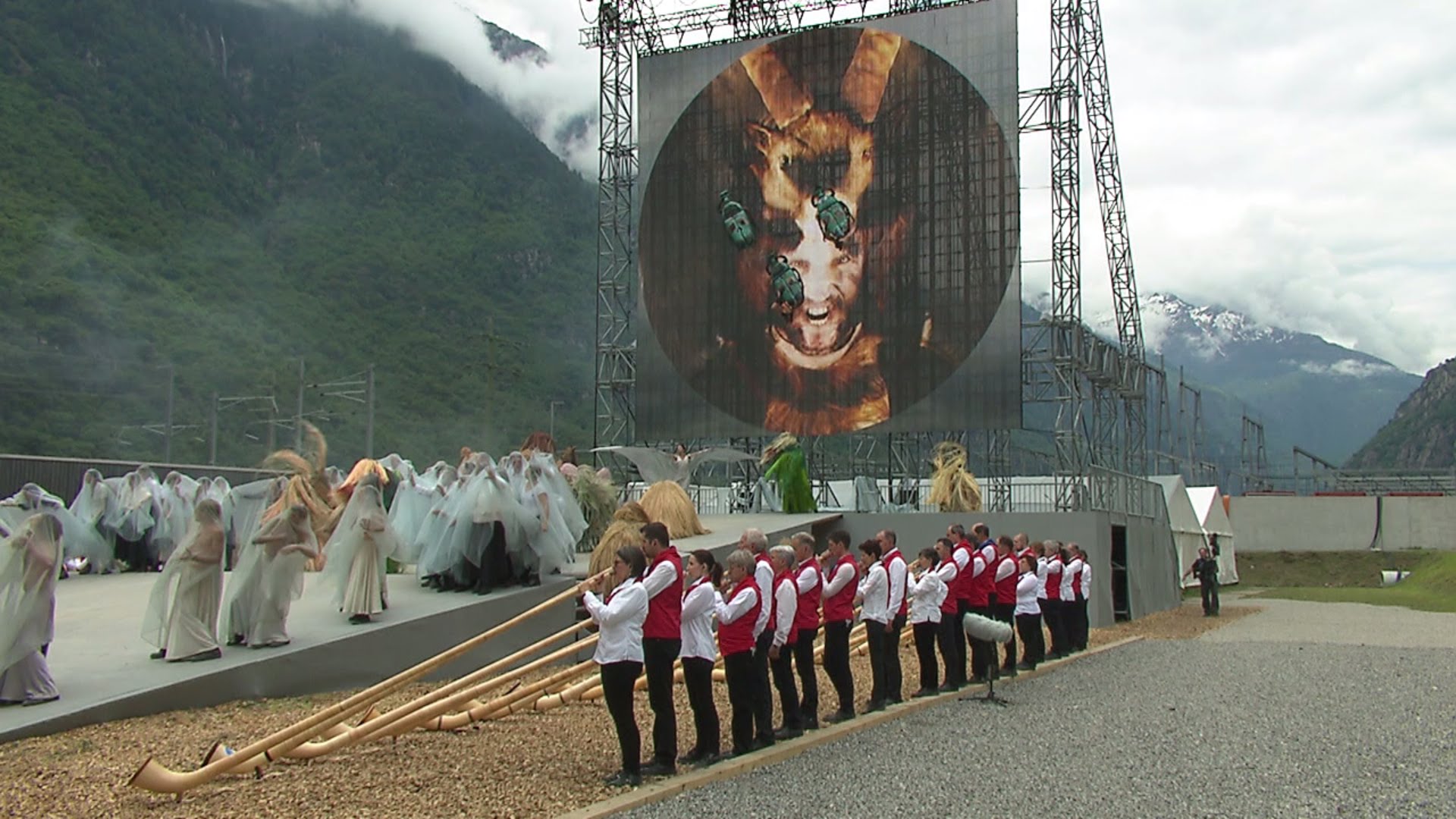 In an opening ceremony attended by many the elites of the European oligarchy, the tunnel was dedicated with a theatrical-ized Stannic ritual, offering this work to the Father of Lies – a neo-pagan extravaganza! Angela Merkel, Francois Hollande, Matteo Renzi and numerous other European dignitaries watched as Stan was shown as the goat-headed ‘god’ to which the tunnel was offered; dancers depicted demons and damned human spirits writhing in hell, and human figures, led by a red-gowned Whore of Babylon and her goat-headed consort, bowed down with their offerings and worshipped it to the sound of Swiss mountain horns.

Really? I’m exaggerating? Making it up?

OK, go ahead and watch [Nudity and… well… Stanism warning]. It’s only boring for the first three minutes… until the army of zombie tunnel workers tear off their clothes… (The damned spirits and demons show up at 6:29) The commentary is from some American Evangelical protestant group, and they are so astounded that their wildest predictions about where the EU is headed have come true, they hardly seem to know what to say.

Of course, the Ann Barnhardt Rule probably applies here. I’m sure that most of the people there, the dancers and the dignitaries, have no notion at all that Stan is real. I’m sure they think they saw some art.