So, I’ve pretty much decided not to fly anywhere anymore. Ever again.

I just got back from a trip up to Germany to help out a friend who was coming down to Rome for an academic conference, so I went up to his place to look after his kitties, while he came down here to look after mine. He paid my ticket, and I got a nice little quasi-holiday in the snowy, lovely German countryside.

From my front door to my friend’s house, took just over eight hours. The trip home from Germany took 12. Let’s look at the differences.

1 pm Train from S. Mar to Trastevere. Train from Trastevere to Fiumicino = 11 Euros. Got to Fium, couldn’t find check-in desk. Spent 20 minutes running around trying to find it, only to be finally told I was in the wrong terminal. Found right terminal, dragging luggage the whole time. Found check-in desk. Went to security. Forced to remove boots. Metal detector went off from the hair pins holding my hair up. Was told to take down hair. Refused. Was told to take down hair again. Refused again. Was groped and humiliated in public. Now very angry and already exhausted. Found departure lounge. Bought yogurt+juice = 13 Euros (!!!!). Discovered at last moment that they had changed the departure gate without telling me. Found correct departure gate, now shaking with exhaustion, overheated, sweaty, anxious, angry and generally miserable. Got on plane. Jammed into miserable seat designed for 13 year-old ballerina. Plane suffocatingly overheated. Flew to Zurich = 150 Euros. Got off plane, walked about 3⁄4 of a mile to baggage claim. Claimed baggage. Met friend. Ate dinner. Got on train from Zurich to some place in Germany. Changed trains to other place in Germany = 45 Euros. Arrived friend’s house nine pm. 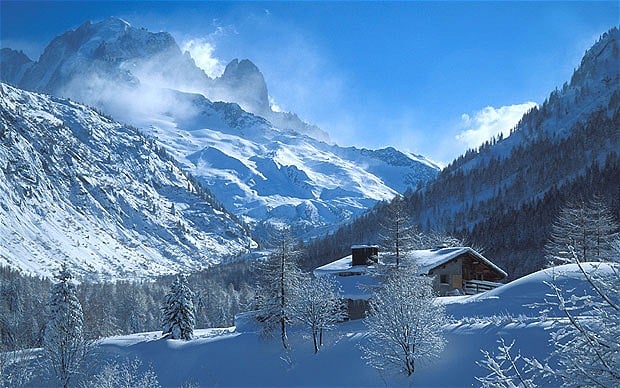 Pretty much this out the windows, all day long.

More gorgeous scenery. Phoned friend in Canada to talk about gorgeous scenery. Arrived in Innsbruck. Found correct platform for Verona after brief and accurate instructions in English from train personnel. Five minute wait. Got on train. Got a compartment to myself. It was too hot. Turned down heat. Discovered that all six seats can be pulled out to make the whole thing into a big double bed. Tried this for fun. Watched more gorgeous Alpine scenery. Did a little sewing. Decided to have lunch. Went to dining car, ordered vegetable curry, white wine and sparkling water = 11.50 Euros. Drank wine while watching gorgeous alpine scenery. Noted complete absence of misery, rage, exhaustion, anxiety, physical discomfort or public humiliation. Tipped nice waiter who demonstrated that he spoke at least three languages. Returned to compartment. Sang Office of None. Said five decades of the Holy Rosary. Watched Italian Alpine scenery (castles!). Sang Office of Vespers. Got off train in Verona. Changed trains after getting coffee and bun in noisy, friendly, homey and familiar Italian bar; 2.50 Euros. Got to platform for train to Rome, waited ten minutes. Got on train. Found assigned seat. Worked on novel. Got off train. Bought ticket for Santa Marinella; 4.60 Euros. Got on train. Went home.

In fact, I spent quite a lot of the time daydreaming about just moving onto the trains full time. You could probably get some kind of multi-nation rail pass for a reasonable price, and just make sure you get on the compartment trains when it’s bed time. Riding the rails. Care-free.

Thing is, we all know perfectly well this whole “security” thing is utter crap. So, there’s also the whole underlying anxiety about falling 35,000 feet to a firey jet-fuelled death or being killed by the Jihadis.

(Other tip: don’t fly in or out of Fiumicino. If you want to have a nervous breakdown, Fiumicino is definitely the right place. But if you just want to get to or from Rome with as little bullshit as possible, make sure your fly into Ciampino airport. I think Ryanair does that [though of course, I wouldn’t wish the mental torture of Ryanair on anyone…not even Jorge Bergoglio]. No one wants to do Ciampino because there are no trains to it, but there are loads of buses that are easy and cheap to get on, that bring you right to Termini. Ciampino used to be a military airport, and it’s small and a lot easier to deal with.)