Of course, no one ever stops to think about it. Anyone, rich or poor, can go to the Vatican Museums and see the stuff. With the Pieta you don’t even have to pay anything (there are free days for the Museums), you just have to stand in line for an hour or so and go through a metal detector… but that’s a rant for next time… In reality the Vatican is the steward of these objects, some of the most important artefacts of our civilisation. It’s a repository of history, a vault in which the memory of who we are and where we came from is preserved for all generations.

I sometimes ask the geniuses who complain about the Raphaels, Michelangelos and Leonardos in the Vatican’s possession who they think would be in the market for, say, the Sistine Chapel ceiling. Pretty much only the richest people in the world could possibly either a) want such a thing and b) be capable of coming up with enough cash. So, for a one time payment of what these people regard as chump-change, the world can say goodbye forever to its greatest artistic achievements. It’s going to get put in the stairwell niche in the palace of one of the Saudi “royal family” and no one is ever going to see it again.

But of course, there’s nothing you can imagine that is so awful as what is in fact actually happening right now.

“The Saudi crown prince who led a recent royal crackdown on corruption and lavish spending has reportedly been revealed as the buyer of ‘the world’s most expensive home.’ 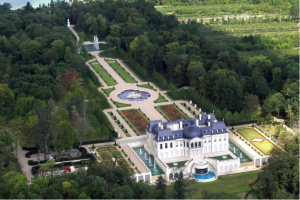 _“Crown Prince Mohammad bin Salman was identified as the owner of the 50,000sq ft (4,645 sq m) Chateau Louis XIV following a report by the New York Times Saturday. The paper found that the heir to the Saudi throne bought the $300 million property in 2015 – one of a number of symbols of the royal’s largesse along with a $500 million yacht and a $450 million painting by Renaissance master Leonardo da Vinci.”_

Oh wait… what was that last bit? 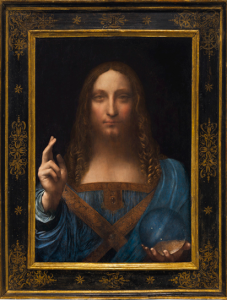 Yeah, remember this? Take a good look, because this is the closest you’ll ever come to it.