Hey, remember the Cold War? Remember waking up three nights a week from Nuke Nightmares? Remember Bay of Pigs? Remember watching the news every night wondering how close we were getting? Remember when the Berlin Wall came down and everyone said it was over?

Russians told what foods best to take into bomb shelters

The bombshell advice included stated: “The food supply for doomsday includes many items but the main idea behind packing an emergency stock is less sweets, more water.”

Viewers were told to pack rice as “it can be stored for up to eight years… oatmeal for three to seven years”.

The Russian favourite of buckwheat only lasts one year, they were informed.

The report said: “Obviously, you can survive on tinned meat for quite a while – up to five years, while canned fish keeps for not more than two years.

Welp, here we are again.

You can sign an online petition here, which is a good thing to do…

In the face of the current tense and disorderly situation with regard to Syria where President Donald Trump has announced that he will make a military retaliation against Syria and where Russia has declared it will defend Syria against such a military act, many people in the world are concerned that a larger war could be developing now. Thus we post the following declaration and ask as many people as possible to sign it as a voice for a just and merciful peace.

We, the undersigned, hereby make public our resistance against President Donald Trump’s announcement that he will, within the next hours or days, retaliate militarily against the sovereign state of Syria, with the argument that the Syrian government is guilty of the the use of chemical weapons against civilians in the Ghouta region on 8 April.

Such a military retaliation is unjust because the purported gas attack has not yet even been sufficiently and carefully investigated by a neutral investigatory expert body. Since the facts are not yet even clear about who committed such a possible crime, how could we then already punish Syria?

Such a military retaliation would also provoke a military response from Russia which has a military presence in Syria upon request from Syria itself in order to help the country free itself from ISIS and other rebel groups.

Thus, a military intervention on the side of President Trump and his allies might very well provoke a war with Russia which could lead to a widening war involving Europe – to include Turkey – and other regions in the world.

Following Just War Doctrine, we insist upon a fair investigation of the facts before entering a war. We remind President Trump of the principle of self-defense, which means that a country may only use military force against another sovereign country when it has been attacked by it. We insist upon prudence and truth. We refer our readers to an excellent statement written on 10 April by Patrick Buchanan.

We ask the world leaders to do everything in their power to stop this cycle of civil and imperial wars.

Some of us remember World War II and the effects on so many innocent civilians. 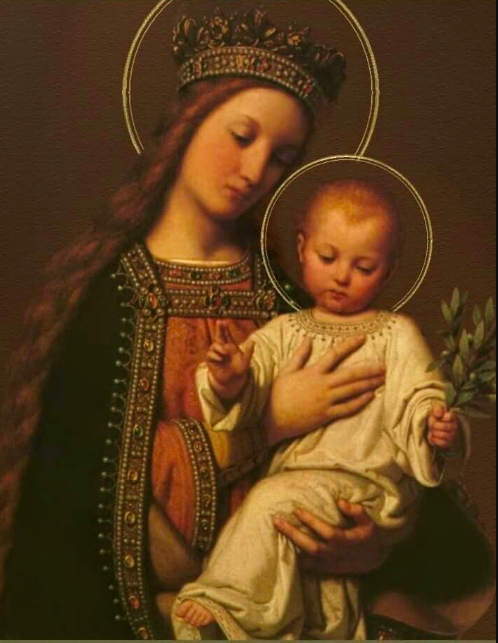 But, once again, we’ve been told by the most authoritative source what really works. So maybe let’s do that too.

O Immaculate Heart of Mary, Queen of Heaven and Earth, and tender Mother of men, in accordance with Thy ardent wish made known at Fatima, I consecrate to Thy Immaculate Heart myself, my brethren, my country and the whole human race.

Reign over us, Most Holy Mother of God, and teach us how to make the Heart of Thy Son, Our Lord Jesus Christ reign and triumph in us even as It has reigned and triumphed in Thee.

Reign over us, Most Blessed Virgin, that we may be Thine in prosperity and in adversity, in joy and in sorrow, in health and in sickness, in life and in death.

O most compassionate Heart of Mary, Queen of Heaven, watch over our minds and hearts and preserve them from the impurity which Thou didst lament so sorrowfully at Fatima. Assist us in imitating You in all things, especially purity. Help us to call down upon our country and upon the whole world the peace of God in justice and charity.

Therefore, Most Gracious Virgin and Mother, I hereby promise to imitate Thy virtues by the practice of a true Christian life without regard to human respect.

I resolve to receive Holy Communion regularly and to offer to Thee five decades of the Rosary each day, together with my sacrifices, in the spirit of reparation and penance.

I’m going to go out today for a Rosary Walk. Why don’t y’all come too?