The fact that we don’t really yet have an official name for the New Paradigm (and probably won’t for another couple of centuries) has made it difficult to help clarify what I mean when I say that in effect, most regular novus ordo Mass-going Catholics don’t believe the same religious things as previous generations of Catholics believed. I’ve said it many times, and I’m not alone, that “Novusordoism isn’t Catholicism.” It’s become a bit of a catchphrase. I’ve also often used the term “New Paradigm” to refer to the creation of what is in essence, if not yet in name, the new thing created after Vatican II. I am gratified to see that the Pope’s closest collaborators are starting to promote this term themselves to describe it. Makes things easier.

How do we define it? We’ve talked about the “false floor” of the Novusordoist New Paradigm and the vast “lost city,” full of treasures, of the Catholic Faith that has been suppressed and buried since Vatican II that very very few Catholics know is down there. We’ve talked about how it’s so difficult to explain because of the great success of the NuChurchians at suppressing even the language we use (no, not Latin) to describe the concepts.

For the people who re-booted the Church in 1965, Orwell was taken as a how-to manual, not a warning. A great deal of the content of the Faith has been memory-holed, and a new edifice has been created in the gaps. 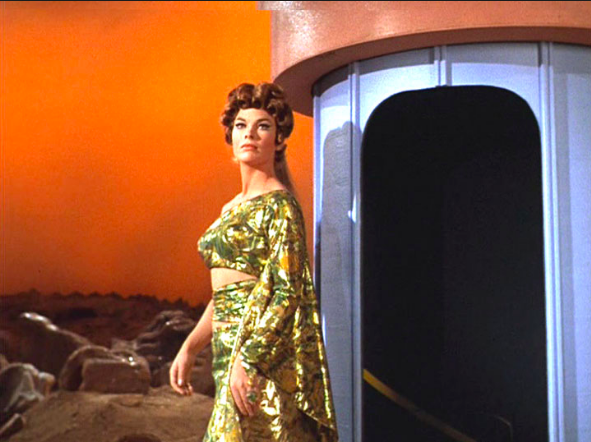 They’ve created a kind of bubble or “Matrix” – a whole false new world the very existence of which is unknown to the people living in it.

But now and then, some enterprising young chap decides to find out what really was over there on the forbidden mountain, and goes and climbs it and touches the sky. Or, more to the point, digs down below the false floor of VaticanTwoism, Novusordoism, NewParadigmism, and discovers that vast lost realm full of treasure, the existence of which, right under our feet, hardly anyone suspects.

The bad news is that some of these are going to be a bit shocking. Quite a lot of people have never heard, for instance, the _defined dogmatic _statement “Extra ecclesiam nulla salus”. A lot more believe that “Vatican II changed” the Church’s “old” teaching that the Old Covenant between God and the Jews is superseded by Christ’s New Covenant.

So, we’re going to do a little dialogue that might help guide our discussion.

A person who has read articles by Traditionalists saying that the post-Conciliar Catholicism is, in effect, a different religion, comes to my house (and I don’t call the cops) to ask me about it.

(We’re also going to pretend that we’re going to have a sane and reasonable discussion about it, that doesn’t involve any screaming, name-calling or anyone flouncing off in a huff of “being offended.” The words, “So you’re saying I’m going to hell because…” aren’t going to be heard. We’re going to pretend that we each trust the other person has a good will and is not just lobbing accusations for no reason. I realise this isn’t what we’re used to anymore, but there was a time when people did this. Really.)

Ordinary Novusordoist Catholic Lady: “But I’m a good Catholic. I go to Mass on Sundays, I am raising my kids Catholic and I volunteer at the parish soup kitchen/food bank. I believe everything the Church teaches. I even go to Adoration on Thursdays and I say the Rosary now and then. I’ve got one in my purse. How can you say that I’m not really a Catholic, or that my parish isn’t really Catholic?”

HJMW: “I’m going to assume you are perfectly correct. You have the intention and the desire to be a good Catholic. So, where do you get your knowledge of Catholic teaching from?

Do you remember the difference between ‘material’ and ‘formal’? Do you know about the concept of “invincible ignorance”?

Is it possible for a person, no matter how good his intentions, to hold to a teaching he has never been told? Do you think God will hold you responsible for knowing things that have been deliberately suppressed by the men in the Church long before you were born?”

HJMW: “OK, so we need now to see where those gaps are. And maybe the easiest way is to just have you answer some questions on some key issues. (These are in no particular order.)

“Should the Church be intrinsically involved in politics, or is it right to have a ‘separation of Church and state’?

“Do the Jews need to convert to Catholicism to be saved or is the Old Covenant still in effect?

“Is it a necessary part of the Catholic Faith to convert people to Catholicism?

“Is the death penalty always and everywhere wrong?

“Do all states have the duty to protect and promote the Catholic religion?

“Does the state have an obligation to restrict the freedom of non-Catholic religions?

“Is freedom of speech an inherent human right?

“Do people have an inherent right to choose the religion that seems best, according to their own lights?

“Can a person go to heaven/be saved specifically because he is a ‘good Mulsim’ or ‘good atheist’?

“Since God wills all to be saved, is it possible that everyone is saved ‘in the end’?

“Is the human race descended from a single human couple, Adam and Eve?

“Are the unitive and procreative ends of marriage of equal status?

“Does a wife owe obedience to her husband, or are both partners required to be equally submissive to each other? Who is the ‘head’ in a marriage?

“Is the consecrated life a ‘higher calling’ than marriage, or are they equal?

“Can the existence of God be known with certainty from reason alone?

“Do all Catholics have a right to receive Holy Communion?

“Does a pope have the power to declare new doctrine on his own, or to declare that an old doctrine no longer applies?”

As you can see, some of these are more essential than others. Some of them pertain to the nature of man, the correct way of ordering our societies, the nature of the sacraments, the powers of the Church. And some of them pertain much more deeply and importantly to the nature of God. But each of these questions represents a gap, a missing chunk of the Old Religion, and nearly all of them are very commonly answered by ordinary, believing, even Mass-going Catholics in a way that is different from the way the Church has answered them before Vatican II. A very useful exercise could perhaps be made out of looking up what popes and councils before 1965 said about these issues.

You will also note that none of them has anything to do with the language of the liturgy, the style of music, vestments or architecture. Traditionalism is not about those things.