So, this is fun. What’s the name for that thing where an expert examines someone’s facial expressions to see if they’re lying or a psychopath or whatnot? Can’t remember.

Anyway, I thought this would be amusing…

I posted the video (the “interview” by notorious liberal water-carrier Cindy Wooden) to a Catholic bloggers’ FB group & we sort of noticed that the words, the situation and the face don’t really match up very well.

He’s talking about his mentor, a close friend, his flatmate for many years, the man he shared a breakfast table with daily, the man who was instrumental in bringing him to Rome and into his current exalted position. Someone he knew – ahem – intimately for years and years and a “brother bishop” and “prince of the Church”. This man has been found guilty of being a boy-raper. A rapist. A calculating, manipulator and homosexual sex predator and destroyer of children. A monster, in short. This close friend of his.

Moreover, Farrell is supposed to be the Catholic Church’s highest ranking officer overseeing family life. It’s sort of the kind of thing he’s supposed to care about.

So what sort of facial expressions, if he is indeed “shocked,” do you imagine one might see in an interview, the first interview, about such a horrifying situation? What would your emotional reaction be to learning that your best friend from high school or you college roommate was revealed to have spent his entire life being a serial homosexual child-rapist? Do you think it would show on your face a bit?

What sort of reaction would he be expected to have, as a putatively normal human being? What about as a representative of Jesus Christ?

Grief at his friend’s horrifying betrayal? Yes, likely. Outrage? Disgust? Anger? Bewilderment? Perhaps some kind of external physical manifestation of this “shock” he is talking about with his lips alone? 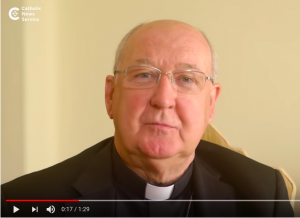 And you’ll notice that just as he says this, he turns away from Cindy off camera, to give this sly little look straight into the camera… 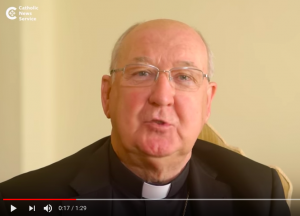 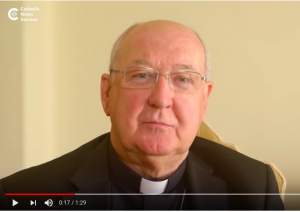 “I didn’t know Cardinal McCarrick before coming to Washington…” 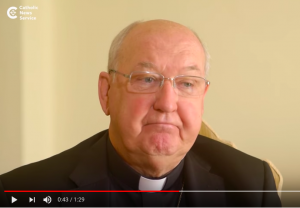 “And never… no indication…”

“Nobody ever talked to me about that…” 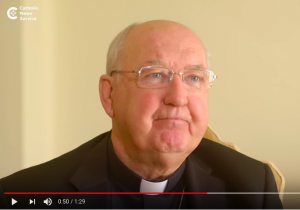