So, Roman Catholic Faithful has resurrected itself just in time for the EndoftheWorld party…

“It became clear that the greater part of the post-conciliar Church had lost the Faith.”

There is no doubt at all that this means we are going to soon be learning what has been kept secret for so long in Chicago. For some time, I’ve had an intuition that ChiTown is going to make Pittsburgh look like a Norman Rockwell painting of fluffy bunnies having a church picnic in the ’50s. 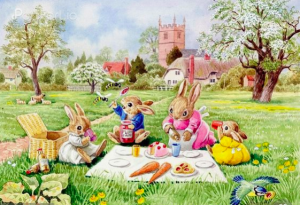 Image for illustration purposes only. No resemblance to bishops living or dead intended.

If RCF is back, I’m guessing it means there’s more going on than is being talked about. Stephen Brady was one of the original whistleblowers who worked for years to try to get the world to see what we’re seeing now.

FOR IMMEDIATE RELEASE
Media Contact: media@rcf.org
(PETERSBURG, IL. September 8, 2018) — In July of 2009, the Board Members of Roman Catholic Faithful, Inc. elected to suspend operations after twelve years of fighting corruption in the Catholic Church. Said Stephen Brady, founder and president of RCF, “Our organization began after we learned that the bishop of Springfield, Illinois, the late Daniel Ryan, was paying young male prostitutes for sex.

Soon calls for our assistance came from around the U.S. We sponsored a number of symposia in cities across the country, and we picketed the United States Conference of Catholic Bishops (USCCB) on at least two occasions.

“We were privileged to receive the sage advice of holy priests such as Fr. John Hardon, Fr. Charles Fiore, Fr. Peter Mascari, and the legendary Fr. Malachi Martin,” Mr. Brady explained. “Yet, we closed our doors after we became convinced that clerical corruption could not be fought simply on a piecemeal basis on a local level; rather, it became clear that the greater part of the post-conciliar Church had lost the Faith. We urged our supporters to attend the Traditional Mass whenever possible, to recite the daily Rosary, to live the life of grace and to pray very hard for the reform of the Church.” (RCF’s “goodbye letter” can be found at “RCF goodbye”)

However, Mr. Brady continued, “The events that have unfolded during the last several months, most particularly the report of the grand jury that investigated the sexual molestation of children in Pennsylvania, have led us to believe that we must once more jump into the fray. It has become impossible for us to stand idle after reading the grand jury report (available at Washpo Report on Pennsylvania Church Sex Abuse). The various committees and commissions proposed by several bishops can be counted on to be a complete waste of time and money. This amounts to the wolves investigating the wolves.”

In the past, RCF not only addressed immorality among the clergy, but also fought diocesan heterodox teaching and liturgical abuses. These things, although important to its members, will no longer be included in RCF’s active mission. Said Mr. Brady, “We have one mission now – to expose the network of sexual immorality among the Catholic clergy in the United States, and most importantly to expose the bishops and cardinals who have enabled their crimes. If we work on this project for ten years, and spend hundreds of hours and thousands of dollars, and save only one child from being molested, we will have considered our work a success. Frankly, though, we anticipate doing much better.”

In closing, Mr. Brady stated, “And now a word to the bishops and cardinals in the United States:

“We are going to put the dioceses and episcopal sees of each of you under a microscope. We are willing to crawl into the darkest dens of depravity where children are molested and expose this entire network and enterprise to the public. To those of you bishops and cardinals willing to assist us and cooperate, we thank you in advance. For those of you who will oppose our crusade, let me make this clear – we are going to name names and take whatever remedial action we find necessary, including picketing, urging boycotts of financial contributions by parishioners and….well, let’s just say we have a few other ideas as well.”

Mr. Brady concluded, “For assistance in this fight the Roman Catholic Faithful ask for the help of Almighty God and the Sorrowful and Immaculate Heart of Mary. Viva Cristo Rey! Viva la Virgen de Guadalupe!”

I have a feeling his job is going to be a little easier this time, at least in terms of getting the message out. (No less dangerous, though. Don’t forget: Vigano went into hiding because he knew these guys very well.)

In 2002 Catholic online media was in its infancy, with not much more than the watercarrying Zenit and a few text-only websites like the excellent and much lamented Seattle Catholic, made by Traddie laymen. LifeSite had only been founded in 1995 and didn’t start making large international waves until 2005 or so and Mike Voris n’ Co came along a couple of years after that.

There was no Youtube, no Facebook and no Twitter. There were no independents making home-made documentaries, no one had a smart phone, no one was posting their open letters, still less damning videos and photos, to social media because there was no social media. All the information was still in the power grip of the dinosaur MSM and the “legacy” Catholic media. Seriously; that was when people thought EWTN was a “conservative” alternate.

What did we have? Email lists. Yahoo groups… How did Drudge come to be? Matt Drudge broke the Monica Lewinsky scandal in 1998. That’s when the world started waking up to the potential of this “internet” thingy to get information control out of those claws.

So, re-enter Stephen Brady, who I guess woke up one day last week with this playing in his head again, and decided he was mad as hell and wasn’t going to take it anymore.

Glad to have y’all back.

Sorry you didn’t make it out.