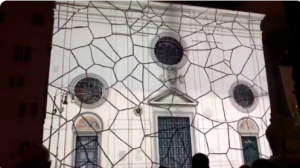 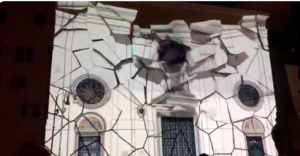 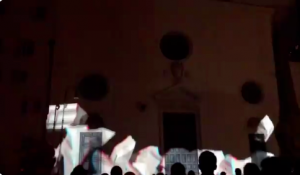 Welp… that’s that. We’re at the end of the Yoot Synod.

The news that the Germans got everything they wanted can’t ever really be good.

Informed source close to #Synod2018: "The German synod fathers got all their points through — it’s winner takes all for them. They say it's a 'revolution of listening' but it's really a revolution." pic.twitter.com/hh6abPc4fO

The bishops were forced to vote on a document they couldn’t read and hadn’t been allowed to examine beforehand.

+Chaput: "Many bishops were frustrated by the lack of advance translations for important issues they were expected to vote on. As one of the synod fathers argued, it’s actually immoral to vote 'yes' on significant issues if you can’t even read and reflect on what the text says."

Not that this bothered them terribly much. Every paragraph received the 2⁄3 majority vote. Easily.

It has declared that the model of the Church of the New Paradigm is now “synodality.” Cardinal Oswald Gracias, Bergoglio’s ideological tale-bearer and archbishop of Mumbai, told Crux that the Synod bishops didn’t talk much about synodality, and that the paragraph on it was probably inserted on the pope’s orders by Cardinal Lorenzo the-book-stealer Baldisseri anyway.

It’s a buzzword. I won’t bore you with the “listening church of listening” gibberish Bergoglio starts drooling when he talks about it. It’s sold as a means to place more power into the hands of the national conferences, (not, you will note, individual bishops,) meaning the effective devolution of the Church’s doctrine and discipline to the local level.

Some people have called this “democratisation,” other people use more polite terms.  But the effect is going to be the atomising of the Church’s teaching and liturgy.

It’s a time bomb, in other words. And it’s going to be the kind of bomb that leaves nothing behind.

As our friend Chris Altieri said,

Practically speaking, synodality names a specific kind of institutional organization, in which local bodies have a high degree of decision-making power fairly approaching autonomy in Church governance. The Orthodox — and to some extent the Eastern Churches in full communion with Rome — are the model for this.

People have talked about synodality in terms of liturgical translations ie: something completely unimportant, since, as we know, “liturgy” in Novusordoism means about the same thing as “Broadway show”… only with crappier music.

But in fact, we’ve already seen “synodality” at work with the local responses to Amoris Laetitia. Buenos Aires says, “Hey! The pope says we should give Holy Communion to adulterers! Yay! Church of Accompaniment! Mercy! Woot!” Poland says, “Pope couldn’t possibly  have meant such a thing, so nothing’s changed.”

So, according to “synodality” what is forbidden in Poland as a mortal sin (“striking the bruise” as it used to be called when we compound one mortal sin with another) is in Argie an example of the wondrous mercy of God and the wonderfulness of Pope Wonderful.

Chris also pointed out it mostly means that the bishops have a say as long as it’s what the pope says they say. It is to be remembered that the bishops of Poland did NOt receive a nice friendly letter congratulating them on their correct interpretation of his incomprehensible gobbeldygook in Amoris Laetitia. And let’s not forget that the letter to the B. Aires bishops included the statement, “There is no other interpretation.”

If a bishop imagines that “synodality” bolsters his own authority in his diocese, wait ‘til he tries to exercise it in an unapparoved direction: “It sounds great, and looks great on paper. Collegiality and synodality are great, until one tries to do something with them,” as Chris said.

So it seems that the pattern has been established for the foreseeable future. There will be more Synods, a never-ending oscillation of episcopal parliaments – or perhaps it’s more accurate to describe it as a Soviet in which all the key decisions are worked out ahead of time by the party and the bishops are hiked over to Rome to click “Placet”… and have a little dance after.

There will be more ambiguous 200-page documents following these events, that will be distributed out to the satellite states for local implementation. More friendly letters containing little pats on the head from the pope will tell the rest which direction things are supposed to go.

It seems there’s general resignation over the fact that the only purpose of Synods to the current regime seems to be to lend a nano-thin layer of legitimacy to a programme that is going to go ahead anyway, no matter what any of us does. My suggestion to any bishop reading this is to stay home; save the plane fare and tell the pope your vote will be arriving in the next post.

Or as John Allen put it with an editorial shrug, it’s the pope’s show, so don’t get into a tizzy over him writing the script, “There’s no point becoming overly invested in the outcome of a synod anyway, because the body is merely advisory to the pope. He’s the one who calls the shots, and if a given pope chooses to use a synod to gauge reaction to something he’s already decided rather than to approach it tabula rasa – well, it’s his meeting anyway.” True enough.

But has anyone noticed?

“In a very small circle, Pope Francis is said to have self-critically further explained himself as follows: ‘It is not to be excluded that I will enter history as the one who split the Catholic Church.'”

In fact, it’s not just a schism; it’s a dissolution.

Strange (demonic?) light show projected tonight onto the facade of the church of Santa Maria Minerva in Rome, home to the remains of St. Catherine of Siena, titular church of ++dos Santos Marto of Fatima, formerly titular church of the late ++Murphy O’Connor. @NCRegister pic.twitter.com/dGf8kCMJBb