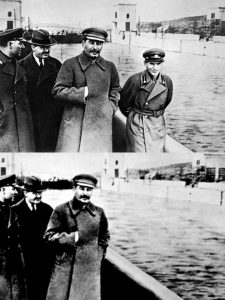 NB: The Traditional Mass is barely surviving here due to the blind, insane hostility of the Italian bishops to the Catholic religion. There is actually a word for their new religion in Italian: “Cattocomunismo.” One of the more interesting Italian Catholic blogs is this one.

Also noteworthy is that one of the things Bergoglio did early on that no one noticed was an effective take-over (canonically illegal of course, as usual) of the CEI. He imposed his own candidate, my very own bishop, Cardinal Bassetti of Perugia, who has been one of the major drivers in turning this area into THE central-Italian drop-off for illegal (mostly Muslim) African Migrants, with the consequent usual massive increase in violent crime, drugs, rape and sex trafficking. Perugia had never in history been a Red Hat see but Bassetti was hatted immediately.

Among Bergoglio’s first acts after the Conclave was to parachute a bunch of his toadies into key positions around the country to start softening up the local Church to his ideological platform planks. CF: Corrado Lorifice in Palermo. I’d bet money this is his idea made to look like theirs and he will acquiesce reluctantly to the overwhelmingly unified decision of the bishops – synodality, dontcha know. It will probably take a couple of years – one needs chronological distance in order to maintain plausible deniability – but it will probably show up as a “key principle” after one of the Synods. Something that one or two bishops will complain was “never talked about” in the discussions in the aula.

Meanwhile, they’ll certainly use it individually as an excuse locally to squash whatever has survived so far. In the last five years, the availability of the Traditional Mass has plummeted throughout the country. Twenty months ago, when I was looking for a place in Umbria my first priority was finding a place within a reasonable communing distance from a Mass. But I spent a month traveling up and down and back and forth visiting ALL the Mass centre locations listed by the traddie websites, and of the five regular Mass centres (not including SSPX) only three were barely hanging on – one of which was the monastery at Norcia. If they do manage to formally restrict the Mass again, it will be in the nature of a mop-up job.

Traditionalists are treated by the Italian clergy and hierarchy like people with a contagious mental disease.

One thing this does demonstrate, however, is that it is only the Traditionalists and the rabid revolutionaries in robes we still call bishops who fully understand the importance of the ancient liturgy. They need to kill it in order to kill the Faith it embodies.

There is something sinisterly psychopathic in all this and it is the envy of the bankrupt: in the collapse of their utopias, in the cold of winter in which the radiant ‘conciliar spring’ has turned, it is too painful to face reality and honestly admit your mistakes. Better then to try to destroy the little that still works, like the zeal and the decorum of the celebrations in the ancient rite and the flourishing of vocations in traditional religious institutes.

The case of the Franciscans of the Immaculate and the hatred of the immemorial liturgy are a clear example of this insane frenzy of crazy castaways, who try to take over the few rafts that still float, rather than thinking of climbing them up or building new ones.

CEI: “The ancient Mass should be repealed, Pope Ratzinger made a mistake”. {.post-title.entry-title} 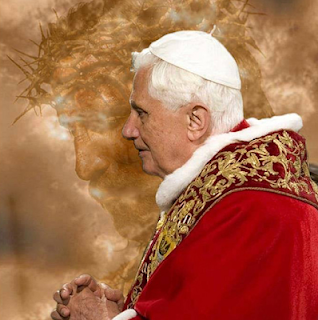 The voices that had come to us were confirmed: in Rome, on the occasion of the Assembly of the CEI, we tried to hit the motu proprio of Benedict XVI. And so he himself, who was so fond of that reform, so much so that he faced fearless opposition.

Archbishop Redaelli, bishop of Gorizia (who we know has obtained a degree in canon law at the Pontifical Gregorian University) has asserted that the Old Missal of John XXIII had been repealed by Paul VI (and this contrary to what was declared by Benedict XVI in the Motu Precisely) and therefore the Summorum Pontificum , since the legal premises from which the steps move is wrong, is ineffective in the part in which it affirms the continuity of validity of the ancient missal and recognizes its unchanged vigor today. For this reason, the motu proprio is a legal ” non-sense ” and the “Tridentine” liturgy has not been legitimately re-established by the motu proprio and can not be considered liberalized.With the consequence, hoped by the most hostile bishops, of a total cancellation and without exceptions of all the centers born and flourished after 14.09.2007

To which we respond by professional jurists, not just doctors of the law engaged in quite different chores such as Excellence: even if it were wrong the premise of the motu proprio of an ancient liturgy numquam repealed (and was not wrong, as evidenced, in on the other hand, the preexisting faculty of celebrating it with the regime of the Indulto), the essential datum is that Summorum Pontificum expresses an irrefutable ratio legis : namely that the extraordinary form is henceforth freely usable; always for private Masses, and at the request of a stable group for public ones. Therefore, the criticism of Msgr. Redaelli, even if it was founded (and it is not), would have no impact on the canon law in force after 2007.

This causal intervention was joined by the even more hostile one by Girardi, rector of the institute of pastoral liturgy of  Santa Giustina di Padova (one of the epicentres of post-conciliar aberrations), filled with the worst ideology of “updating”.

Devoid of legal knowledge but full of liturgical arrogance (the famous joke that circulates in the Vatican is that the difference between a liturgist and a terrorist is that with the latter, usually, can be treated …), Girardi explained that the Summorum Pontificumit is pernicious from the point of view of the pastoral care, as it is contrary to the conciliar indications of the Fathers who demanded (as he said) a radical change to the ancient missal. This is by no means true, as evidenced by the reading of the conciliar Constitution Sacrosanctum Concilium , which for example does not provide that the priest should be turned towards the people and at n. 36 categorically prescribes: « The use of the Latin language, except for particular rights, is preserved in the Latin rites ».

A Bishop from Puglia and Msgr. Brambilla, bishop of Novara, who, although in a more elegant manner, has struck a harsh blow against the motu proprio.

Of course, after having worried about changing the inveterate translations of the Gloria and of the Our Father, without anyone feeling the need (ah, of course, the ” for you and for all ” has not yet been changed : that is clearly in contrast with the version original, that is, with the very words of Our Lord who said: ” for you and for many “), why their Excellencies should never waste time analyzing the real reasons for the grave crisis of faith in which the Italian Church is living (escape from the Seminars, abandonment of the tunic of many priests, collapse of the practice, terrible episodes of homosexuality and pederasty, altars of the severed heads , collapse of the 8xMille to the Catholic Church, just to cite some examples)?

The urgency of the moment was, apparently, lashing out against the ancient liturgy and calling for its banishment.

There is something sinisterly psychopathic in all this and it is the envy of the bankrupt: in the collapse of their utopias, in the cold of winter in which the radiant ‘conciliar spring’ has turned, it is too painful to face reality and honestly admit your mistakes. Better then to try to destroy the little that still works, like the zeal and the decorum of the celebrations in the ancient rite and the flourishing of vocations in traditional religious institutes. The case of the Franciscans of the Immaculate and the hatred of the immemorial liturgy are a clear example of this insane frenzy of crazy castaways, who try to take over the few rafts that still float, rather than thinking of climbing them up or building new ones.