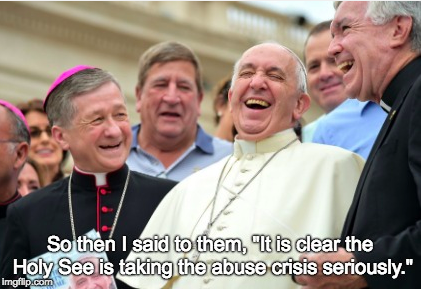 Time to dust off some old memes.

A friend is listening to the opening press conference right now and his helpfully sending me some little paraphrases, like kitty treats, to get us all interested.

At least they’re being up front about the intention to avoid actually addressing anything. 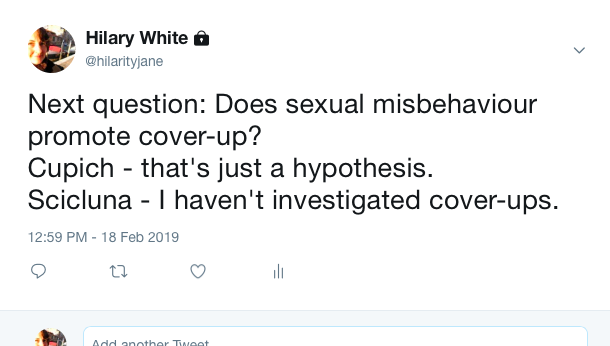 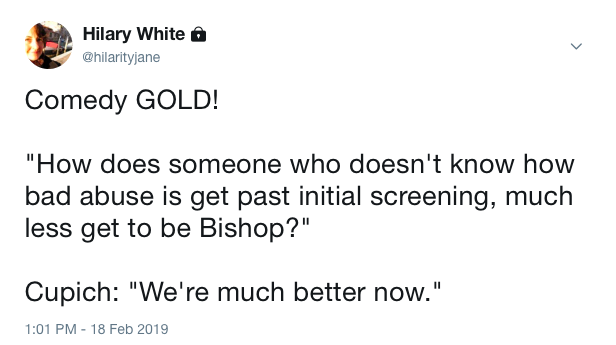 For those with the stomach for it, here’s the whole thing.

“Recently, Cardinal Mueller … noted that more than 80% of the victims of these sexual offenders are teenagers of the male sex. Will the problem of homosexuality among the clergy be addressed as of this problem? Since it is obvious from the data that many of these acts committed against minors are homosexual acts.”

Cupich: “You were right in saying that it’s a hypothesis. And hypotheses have to be proven. And I think that is something that has to remain at that level, of hypothesis.”

… So, naturally the last thing we would want to do is investigate this question…