Or, “Why the Vatican ‘Summit on clerical sex abuse’ will be a smash success!”

The ultimate goal is not the control of damage (far less is it the “address the problem”.)

The ultimate goal is to complete the Paradigm Shift.

“Hey did you hear the one about the clerical sex abuse summit that was designed to fail? It’s starting this week in Rome.”

What is the pope and his cabal of flying monkeys really up to?

One thing that this pope and his friends have mastered, the method of methods, is chaos. They create chaos. They don’t do “damage control.” Damage isn’t there to be controlled. Damage, chaos, mayhem, upheaval, scandal, confusion, strife… these are a wave – the bigger the better – being deliberately generated and cultivated to grow larger, intended to entirely sweep away everything that was once the Church. When you are a servant of chaos, you don’t control damage; you ride it like a surfer rides a wave.

It’s the oldest of old political subversion methods – oddly enough, very popular in the 1970s when the CIA’s favourite hobby was toppling Latin American governments –  when you want to overthrow an established social order. First, you destabilise. You do the spade work, spend a few decades subtly undermining, sowing confusion and conflict. Then you put your man in place – through a coup if necessary – and you sweep away the old guard who might present real opposition. Then you install ideological loyalists and make damn sure they’re the kind whose loyalty you can trust – the kind who fear exposure. Then you cause so much turmoil and havok that your population will accept any amount of oppression in exchange for an apparent return to stability.

Book on Vatican “gay subculture” – written by a French homosexual and LGBT campaigner – commissioned by Francis?

So now do we understand why, when this book about the ecclesiastical “gay subculture” (if it’s true that “80% of priests are gay,” it isn’t a subculture; it’s just the culture), was so easy to understand as part of the programme?

Ahead of its release, Crux reviewed portions of the work, which, among its most scandalous claims, alleges Colombian Cardinal Alfonso López Trujillo, Pope John Paul II’s point man on marriage and family, had a “double life” with male prostitutes and affairs, alleges the two deceased “dubia” cardinals were gay, and that “this best kept secret of the Vatican is no secret to Pope Francis,” and it is the motivation for the pontiff regularly speaking out on hypocrisy.

That’s why it was written with the eager cooperation of the men we have come to know as at the heart of the “gay subculture” – one that Bergoglio has deliberately and knowingly cultivated.

Who introduced Martel to the boys in the Vatican? 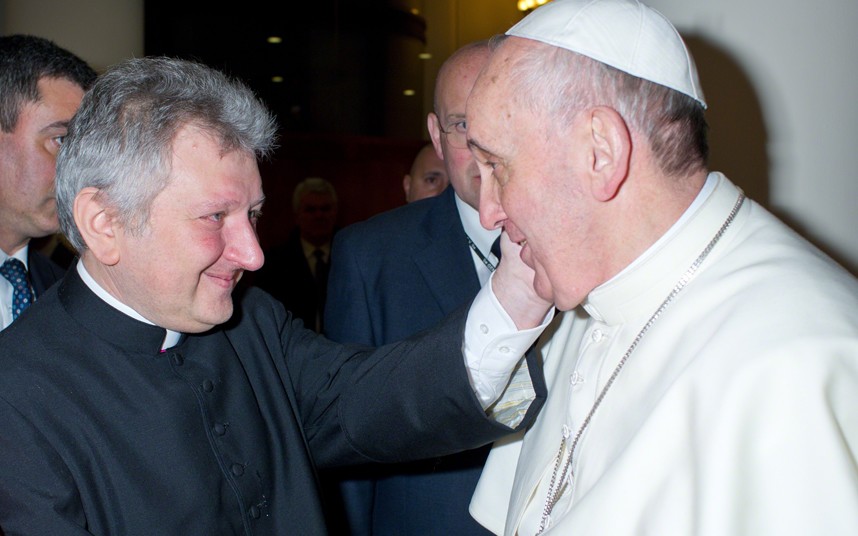 Why, Monsigor Ricca of course, the acknowledged Vicar General and chief procuress of the Vatican’s regnant homosexual superculture.

Suspicions this was an organized, drive-by hit on the reputations of Francis’ opposition is also suggested from reporting by LifeSiteNews’ Maike Hickson and John-Henry Weston [sic]… This article reports that “Monsignor Battista Ricca, the controversial head of Santa Marta – the Pope’s residence – is said to have invited Martel for a visit at Santa Marta” and that “Ricca, notorious for his homosexual exploits, seems to have been a key player granting Martel access to the Vatican and its homosexual network”

Mr. Steven O’Reilly – a former intelligence officer – recognises the pattern – the programme of destabilisation and deliberate sowing of chaos – at work.

And he reminds us to ask the most basic questions: “Who benefits?”

Yes, how convenient for Francis on the eve of the abuse crisis summit that such a book and message is released! A book which informs Catholics that all the liberalizing Cardinals on sexual morality issues, i.e., those who are pro-homosexual, are really (most likely) heterosexual; but that all of Francis’ anti-homosexuality opponents or most of them, dead or living, inclusive of “most of the popes” of the 21st century are themselves homosexual, “homosexually inclined” or “unstraight!”  Too convenient, indeed.  As a former Intelligence Officer…I smell a disinformation campaign — and indeed one involving character assassination. And, if it is…who ultimately is behind it?

Ask yourself a simple question:  Cui Bono? [Who benefits?] Again, while I have yet to read this book, it seems evidently clear from the reporting that the answer is Pope Francis and those who wish to liberalize the Church on issues related to the Sixth Commandment. How convenient it is that the one man who comes off looking good (according to the reporting) in this scandalous mess is the sexually-liberalizing Francis and his cadre of most-likely-not-homosexual, pro-homosexual cardinals.

What’s it for? The ultimate goal is not simply to allow the homosexual crack-orgies to continue undisturbed.

The ultimate goal is to complete the Paradigm Shift. Out with the old, and in with the new.

A friend of mine who works in the Vatican said:

The consensus here is that there will be a few stories that are true and can be confirmed, which will lend some credibility to the book. The basic thesis – that the Vatican is crawling with homosexuals – is plausible. There will be enough educated guesses that will add more credibility. But it’s a standard psychological operation. Throw out a bit of truth. Add a lot of lies. Move the overton window. And advance your agenda.

The book will be filled with lies – exonerating some of the guilty, and implicating the innocent. Between what is said and what is left unsaid, and what is insinuated, and the flat-out calumnies, you can’t safely trust a word of it. The whole point is to disrupt the organization – the Church. So it will be used by anyone with an agenda, or a score to settle, and it will achieve its end – sowing chaos and confusion in Holy Mother Church.